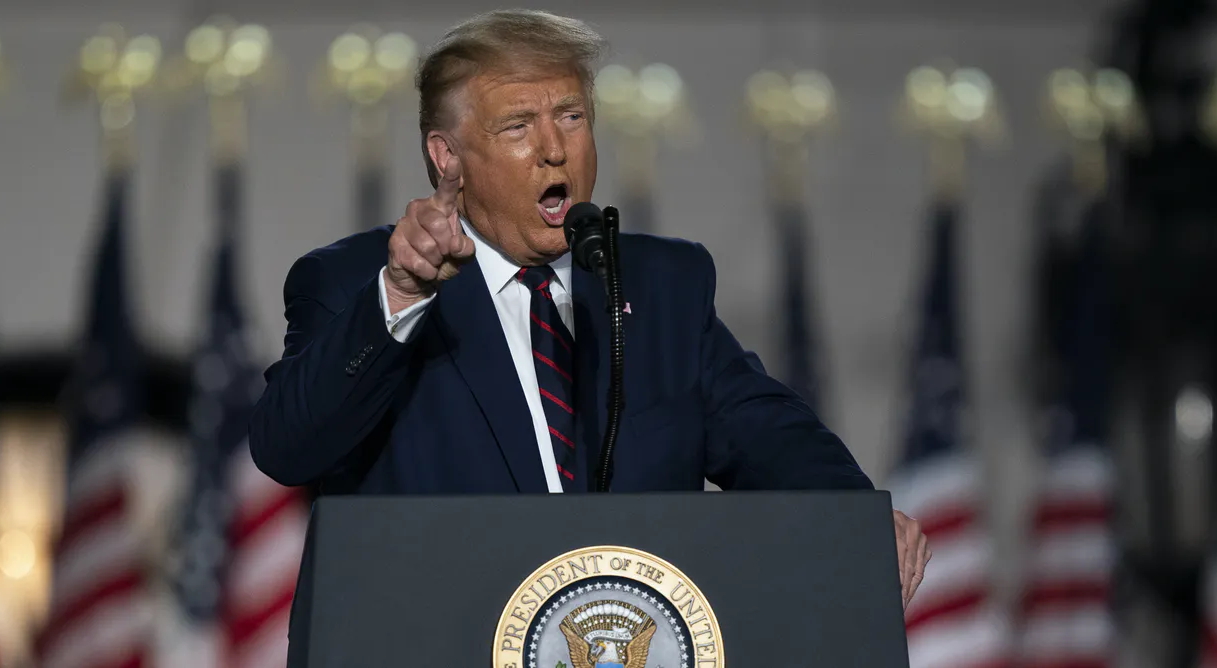 In 1991, Donald Trump’s mother, Mary, was mugged on a New York street. As Trump’s niece recounts in her new book, the young assailant slammed Mary’s head into her Rolls Royce so hard, her brain haemorrhaged.

This firsthand experience with violent crime informed Trump’s hardline views on criminal justice and could serve him well now as he crafts a law-and-order election strategy to try to defeat Democratic challenger Joe Biden in the upcoming presidential election.

A president cruising to an almost certain defeat – with the deaths of 175,000 Americans (and rising), urban unrest, a tanking economy and an impeachment trial all on his watch – has hit upon a key issue that will make him competitive in November.

With the possible exception of a vaccine for COVID-19 being found in the next two months, Trump could hardly contrive a more potentially effective campaign theme.

Get your politics analysis from academic experts, not vested interests.

History should give Trump reasons for optimism. The presidential elections in 1968 and 1988 provide a template for Republican victory on a law-and-order platform. Indeed, each of those previous elections presents a parallel that should concern Biden — and which he must counter.

When Trump was 22, he saw Republican Richard Nixon run a campaign against a Democratic party and administration struggling to deal with widespread political, social and racial unrest.

Read more: Winning the presidency won't be enough: Biden needs the Senate too

At the Democratic national convention in Chicago that summer, shocked Americans watched as police beat anti-Vietnam war protesters outside the building. Inside, Democrats were split between pro- and anti-war candidates. Capitalising on the latter’s inability to cohere around a single candidate, Humphrey won the nomination by default.

But the unrest proved insurmountable. Uniting the increasingly warring wings of his party was beyond him.

In response to the social upheaval, Humphrey fell back on ambitious projects to redress racial injustice. His “war on poverty” theme, however, rang hollow as Americans saw their cities in flames and sons dying in Vietnam.

Nixon offered a simple law-and-order alternative. He would later cement this appeal by describing a “great silent majority” of law-abiding men and women ignored by leftist ideologues.

Tied to a cunning strategy of picking up disaffected Southern Democrats, this “restore order” platform was enough for him to win with only 43.4% of the popular vote (and 32 states in the electoral college).

Four years later, again channelling appeals for law and order, Nixon was re-elected in a landslide, winning every state except Massachusetts.

It took another 20 years before the intersection of race and crime dominated another presidential election.

Again, the parallels between that election in 1988 and the current campaign are many. Incumbent President George H. W. Bush trailed his Democratic opponent, Michael Dukakis, by at least 10 percentage points in July that year. Dukakis looked an odds-on cert to make Bush a one-term president.

Instead, he lost by nearly eight points (and 40 states to 10), considered by many to be one of the weakest men to ever run for the office.

What happened? Several factors explain Dukakis’ defeat. But the law-and-order and race campaign the Republicans ran against him was arguably decisive.

In 1974, Willie Horton, an African-American man, was involved in the robbery and murder of a teenage gas station attendant. He was sentenced to life without parole, but in 1986 was released on a weekend “furlough” as part of a Massachusetts rehabilitation scheme.

He did not return to prison after the furlough. He was re-arrested the next year in Maryland, having raped a woman and stabbed her partner.

Read more: The fury in US cities is rooted in a long history of racist policing, violence and inequality

Dukakis was governor of Massachusetts when Horton was released. And though he had not designed the furlough program, he had supported it.

The Bush campaign made great hay. In an ad that became infamous for stoking racial fears, prisoners were shown moving through a revolving prison gate. A Black inmate – in a clear allusion to Horton – featured prominently.

The Bush team even showcased Horton’s rape victim in a subsequent tour. The message, repeated often and insufficiently rebuffed by the Democrats, was simple and effective: “weekend prison passes — Dukakis on crime”.

As one political commentator recently described the connection to 2020,

In some ways, the Willie Horton ad is the 1.0 version of Trump’s relentless tweets and comments about African-Americans.

These prior campaign failures should make Democrats nervous. While the Democrats can expect to carry most non-white voters by significant margins in this year’s election, they are still vulnerable to Trump’s claims of being soft on crime.

Trump has not much to lose by painting his opponent as Dukakis 2.0 — weak on law and order and a supporter of de-funding the police (which Biden is not).

Read more: Trump accepts the nomination from the White House lawn, portraying a nation in crisis and himself as its hero

Just as Nixon did in 1968, Trump is asserting that Democrat-controlled cities cannot keep order – with an added twist. He claims Black voters should back Republicans in order to have the safer streets and economic opportunities Democratic policies have denied them.

In a tight election, even a small shift in the African-American vote could prove decisive. The GOP convention was notable for the number of Black Republicans it featured.

Herein lies Biden’s key challenge. Biden, like Humphrey 52 years ago, leads a Democratic house divided. He cannot afford to go hard on law and order and thus alienate the left wing of his party that finds common cause with the Black Lives Matter movement.

He must both defend the police and acknowledge their systemic racism. And he must, as Dukakis failed to do, explain effectively and believably that he can keep people safe.

Over the weekend, Biden attempted to do this by condemning the violence that has erupted between right- and left-wing protesters in the city of Portland as “unacceptable.” And he sought to turn the issue around on Trump:

He may believe tweeting about law and order makes him strong – but his failure to call on his supporters to stop seeking conflict shows just how weak he is.

Rather than the 2020 election solely being a referendum on Trump and his handling of coronavirus, it is now shaping up to be a fight over law and order and racial justice, as well.

This is a tough position for Biden to be in — and one he must resolve quickly to avoid a repeat of both 1968 and 1988.

Republicans have used a ‘law and order’ message to win elections before. This is why Trump could do it again

In 1991, Donald Trump’s mother, Mary, was mugged on a New York street. As Trump’s niece recounts in her new book, the young assailant slammed Mary’s head into her Rolls Royce so hard... 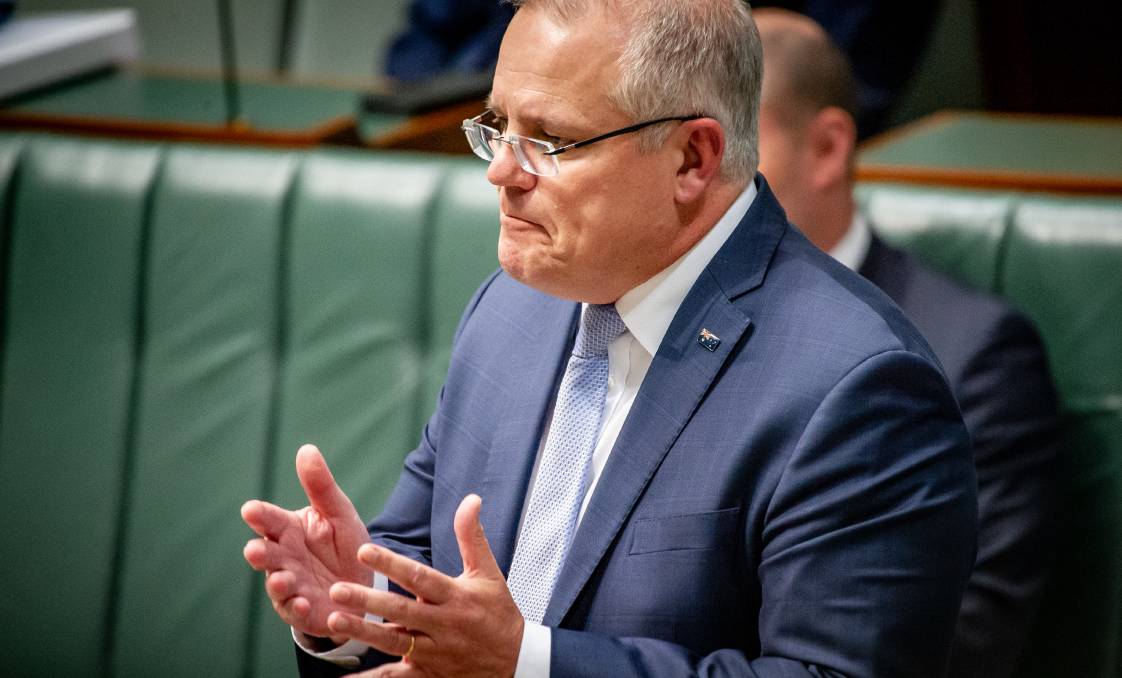 The Morrison Government will introduce new legislation to ensure the arrangements states, territories, councils and universities have with foreign governments are consistent with Australian...

PRIME MINISTER: Good afternoon everyone. Today's meeting of the National Cabinet came during a week of what I'd describe of increased hope. This was a week of hope. We were able to speak of...