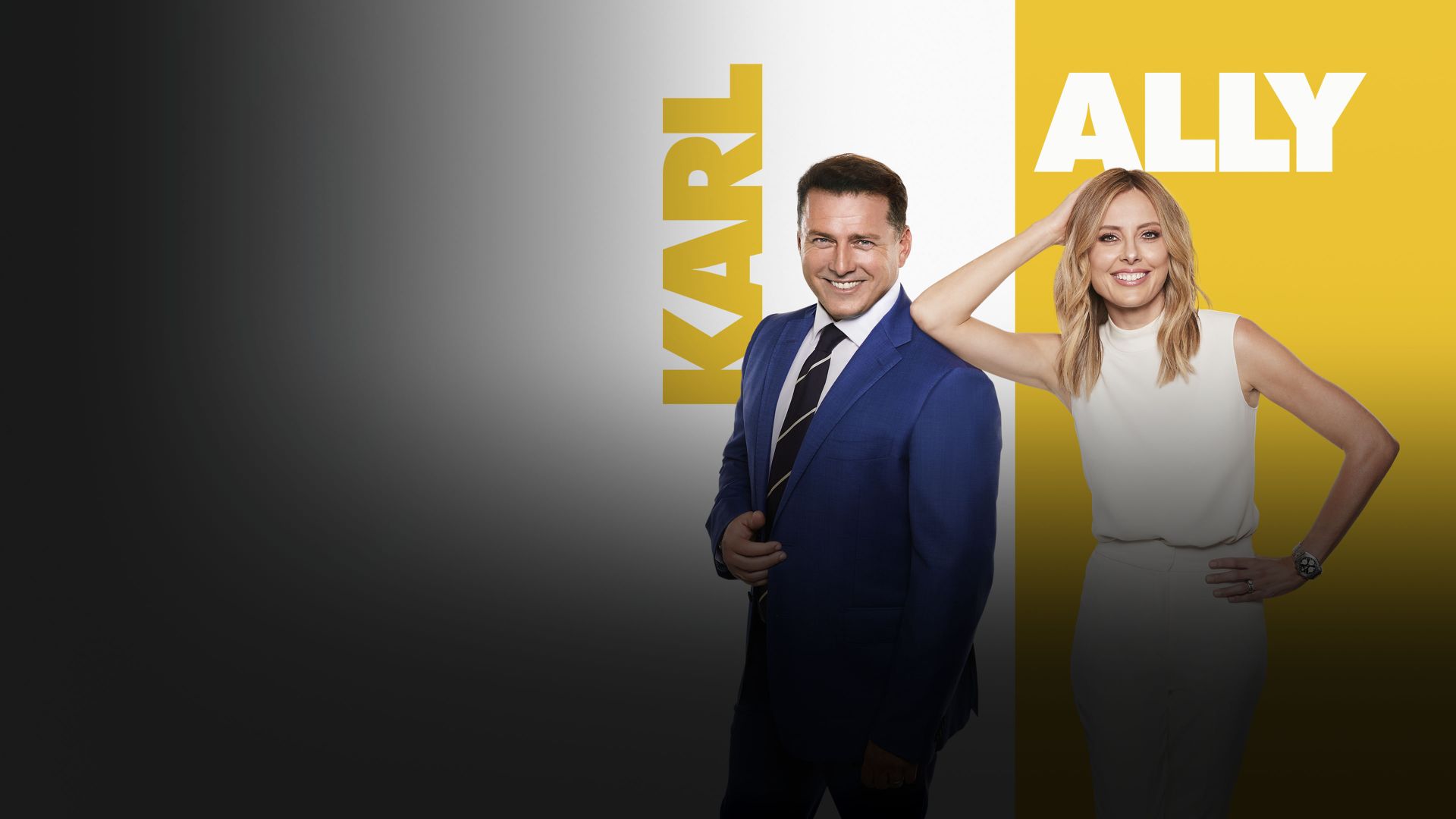 KARL STEFANOVIC: Joining us now from Kirribilli House in Sydney. PM, good morning to you. Thank you for your time.

STEFANOVIC: The Premiers don't seem to be listening to you, some aren't even talking to one another at the moment. They won't change their minds on borders, will they?

PRIME MINISTER: They've been very strong on this position, but we're working with them one on one. I was pleased to get some some real changes out of South Australia. And there's been some further changes happening in New South Wales, which is particularly allowing people to get medical treatment that live in these border towns and around those areas. We've also had some movement on agricultural workers, too, particularly across the New South Wales - Victoria border. So, look, I'm just dealing problem by problem, case by case, Karl, and and dealing directly with those Premiers and particularly to Premier Berejiklian as well as Premier Marshall I want to thank them for the work they've been doing with me over these last few days.

STEFANOVIC:  I didn’t hear you say Annastacia Palaszczuk? And she's not going to budge is she?

PRIME MINISTER: Well, she's taken her position on that, but we will continue to raise cases with the Queensland government and with that case of that young family out of Lismore who couldn't be with their young child. I mean, I think all of Australians just would have been shaking their head about that, I certainly was.

STEFANOVIC: Victorians- yeah, me too. Victorians meantime, I mean, they're tough. They’re get on with it kind of people, but they have been completely, utterly and hopelessly let down. I don’t know whether it's lies or incompetence PM but the Government had 3 months to prepare Victorians for the second wave and didn't do enough?

PRIME MINISTER: Well, there clearly have been many issues there on the tracing, on the quarantine, and I think that's all becoming very clear. But again Karl, what I have to focus on is the day to day of ensuring we get on top of this, that the numbers we're seeing coming out of Victoria on cases is improving. Obviously, the number of deaths we've seen is very upsetting and disturbing. And again, our sympathies to all of those families affected. But those numbers look like we're getting on top of it now. Which is welcome. And we've got to stay the course. I want to thank all Melburnians, all Victorians, for the sacrifices they are making. It is making a difference. You are getting on top of it. And today there's hope because as I said, a free vaccine for all Australians, should that AstraZeneca Oxford University trial prove successful.

STEFANOVIC: I'll get on to that in just a second. But it's been revealed last night on Nine news, despite having 30 times, 30 times the cases in New South Wales, Victoria has half the number of contact tracers. I mean, how many times do they need to be failed by their leaders?

PRIME MINISTER: Well, this is one of the reasons why when we sent Commodore Hill down from the Defence Forces and one of the key things he was doing was to boost the information systems, ensure that there was better tasking of the tracing capabilities, the tracing arrangements in New South Wales have been outstanding. There've been industrial scale, and I think they've been a key reason as to why here in New South Wales, the results, under similar pressures with outbreaks, have been very different. But others will get into those differences. But the tracing capabilities, I always said from the outset, test, trace and contain outbreaks and the tools- they were the three things to fight the virus to to ensure that the economy and the community and society could function with the virus present. And that's as true in Victoria, as it is in Western Australia, or the Northern Territory, other places where there isn't an outbreak. But if there is, then testing, tracing and outbreak containment is what enables a community to get through as New South Wales, has demonstrated.

STEFANOVIC: Victorians should know this. You offered support on tracing right?

PRIME MINISTER: We've been offering support from from day one, on all aspects of how to manage this virus.

STEFANOVIC: Do you know how many tracers Victoria has?

PRIME MINISTER: I don't know the specific number, off the top of my head Karl, no.

PRIME MINISTER: I know that it is less than it is obviously in other states. And what we were doing was providing support in to Victoria, not just with ADF and others, but other states. New South Wales in particular was offering support for tracing, as was South Australia and many other states. And so what we were seeking to do was harness the resources of the entire country to support what was happening in Victoria. For that to happen, you need a good information system which can task those tracing elements.

STEFANOVIC: I can't, I find it exasperating that we don't know why the Victorian Premier didn't take that help on. I can't. There are no answers?

STEFANOVIC: I get it.

PRIME MINISTER: I've got to deal with tomorrow. And what happened months ago, people will go over that and rightly so. But right now, we're still in the fight. And I need to keep the resources focussed on the fight we have now and tomorrow.

STEFANOVIC: Okay. There have been a litany of mistakes, deadly mistakes. Your own Ministers have been unloading on Dan Andrews. You haven't disciplined them. Why haven't you personally lost patience with Dan Andrews?

PRIME MINISTER: Because that's not my job. My job is to keep focused on the challenge that I have to protect Australians every single day. And I'm a very singly-minded focused person, as you know Karl, when it comes to dealing with these challenges. And that's where Australians need my focus, not on politics.

STEFANOVIC: Okay. China has launched an anti-dumping investigation into Australian wine export markets, barley, beef, and now wine. Matt Canavan says China can no longer be trusted. They are belting us at the moment, aren’t they, while they party in Wuhan?

PRIME MINISTER: Well I saw those images today. But look, our trade relationship with China has actually never been as much volume and dollars moving as is happening now. But there's obviously issues and we're treating this latest issue with wine very seriously. I mean, the suggestion that Australian wine has been dumped in China has no credibility to it. And we'll certainly be putting the facts of that case. The impact of this, this will take about 18 months, we're told. And we've gone through similar things like this in the past. So we'll be ensuring that we pursue that case on behalf of Australia's wine exporters. The other good news is that Australian wine exporters have been diversifying their markets. And we have big markets in the United States, in Europe and other parts of Asia. And they've been doing good work to diversify, to ensure that they're not reliant on any one market. And that's good business practice, that protects jobs, that protects our resilience.

STEFANOVIC: Okay, some good news now with the announcement of a deal with the UK to ensure Australians are amongst the first in the world to receive the Oxford University vaccine that you mentioned, how will it work? How far away is it?

PRIME MINISTER: Well, we expect late this year, early next year. It all depends on the latter stage trials that are underway, we will be manufacturing it here in Australia, we will be ensuring that every single Australian can get a vaccine. And we're getting that, we would get that to them. The deal we've signed with AstraZeneca gives that capability as well as Becton Dickinson, who would provide the needles and other things that are necessary to complete all that. So we're right in the in the front of the pack here on this. This is one of the most promising and most advanced vaccine developments anywhere in the world. And we've been working on this for some time. But it won't be the only one we get involved with. There's about 160 different projects around the world. And Professor Brendan Murphy is leading a team of experts to identify and work through the other promising options. And of course, we have the University of Queensland option, which is not quite as advanced as what's happening with Oxford, but that's making good progress.

STEFANOVIC: It’s very exciting. And an expert medical panel will assess who is at the front of the queue. Will it be Ally first or myself?

PRIME MINISTER: Well I, well, the hope is we can get it to everybody as quickly as possible. But you're obviously going to deal with those who are most vulnerable. And the medical experts will, will set that queue up I'm sure but they'll move very quickly.

ALLISON LANGDON: Prime Minister, can you give him the Russian one?

PRIME MINISTER: You're volunteering, are you Karl?

LANGDON: I'm happy for you to use him as a guinea pig.

STEFANOVIC: Thanks PM for your time, I really appreciate it.

PRIME MINISTER: I think we will stick with AstraZeneca.