Breaking down the old boys’ club in business, government and other organisations is intrinsically important. Ensuring greater diversity in organisations – on gender, racial, ethnic and other lines – is, simply put, the right thing to do.

But some advocates of greater diversity make an extra claim: that it improves the quality of decisions, and hence an organisation’s performance. Do the right thing and increase profits or effectiveness. What’s not to like?

Well, what one should definitely not conclude is that greater diversity causes better performance.

Read more: Religion, race and nationality – what are our prejudices and how can we overcome them?[1]

Those things may be correlated. But that could easily be because higher quality organisations want to or can afford to be more diverse. Or it could be some other factor correlated with diversity is the true driver of superior performance.

Economists call these “endogeneity problems” – challenges to interpreting a mere correlation between two variables (A and B, say) as evidence that A causes B.

Yet the causal effect of diversity on the performance of organisations is a deeply important question. Ideally one would like to run an experiment where diversity within teams in an organisation is randomly assigned.

Just as pharmaceutical trials randomly assign some patients medication and others a placebo, economists in recent decades have performed field experiments to measure the impacts of all manner of interventions.

The quintessential example of this paradigm are the experiments that led to development economists Abhijit Banerjee, Esther Duflo and Michael Kremer winning the 2019 Nobel Prize in economic sciences[2]. 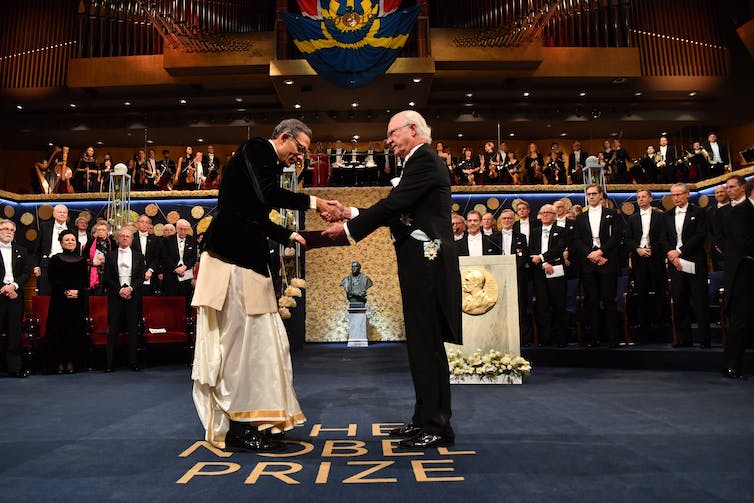 A pharmaceutical trial of, say, heart medication can determine its causal effect by looking at the average number of cardiac events in the group taking the medication compared with the control group (those on the placebo). Field experiments in economics can determine the causal effect of all manner of social and economic interventions.

That is why a research paper by three economists – Benjamin Marx, Vincent Pons and Tavneet Suri – released this month[3] is both interesting and important. It is about just such a field experiment centred on diversity and team performance.

Their experiment[4] involved people working as canvassers for a non-profit organisation in Kenya. The work involved going door to door to promote voter registration. Workers were randomly assigned a teammate, a supervisor and a bunch of people to canvass.

Diversity within the teams was along ethnic lines. This led to:

Specifically, teams that were ethnically homogeneous were 20% more efficient in completing their visits than diverse teams. But teams with a manager of the same ethnicity as one of the teammates were about 7.5% less efficient.

There may be a potential trade-off between different horizontal and vertical effects of diversity in organisations.

Diversity within teams might increase “communication costs” due to lack of shared experience or common understanding of how to perform tasks together. Or it might be that people prefer working with people most similar to themselves.

On the other hand, homogeneity throughout an organisation hierarchy may well lead to managers favouring subordinates they more easily relate to.

Not all benefits are automatic

As with all experiments, how well the results translate to other contexts is an open question – what is known as “external validity”.

It is possible the results apply only to ethnic diversity among non-profit organisations doing voter registration in Kenya.

Or perhaps there are broader lessons. One might be that vertical diversity is particularly important for breaking down inefficient favouritism. This might be as true in Australia or Japan as in Kenya.

But to know for sure we’d need to see a randomised controlled trial in those exact environments.

The other lesson is that perhaps the downsides of horizontal diversity might be mitigated or overcome through improving training or communication protocols. It might be the “diversity cost” goes away as people get to know each other better.

Diversity is inherently important. Creating more diverse organisation across society is the right thing to do. It can also lead organisations to perform better.

But the latter isn’t automatic. It depends on how the organisation is structured and managed.