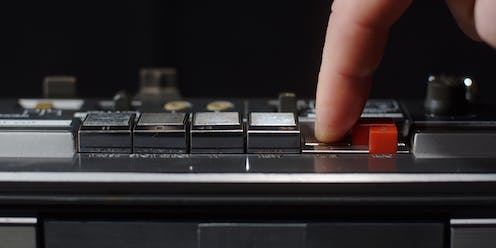 “Stagflation” is an ugly word for an ugly situation – the unpleasant combination of economic stagnation and inflation.

The last time the world experienced it was the early 1970s, when oil-exporting countries in the Middle East cut supplies to the United States and other supporters of Israel. The “supply shock” of a four-fold increase in the cost of oil drove up many prices and dampened economic activity globally.

Stagflation was thought left behind. But now there is a real risk of it coming back, warns the central bank for the world’s central banks.

“We may be reaching a tipping point, beyond which an inflationary psychology spreads and becomes entrenched,” says the Bank for International Settlements BIS[1] in its latest annual economic report[2].

By “inflationary psychology” it means that expectations of higher prices lead consumers to spend now rather than later, on the assumption waiting will cost more. This increases demand, pushing up prices. Thus expectations of inflation become a self-fulfilling prophecy.

The danger of stagflation comes from this inflationary cycle becoming so entrenched that attempts to curb it through higher interest rates push economies into recession.

Global inflation since the 19th century

BIS, CC BY[3][4] What’s driving inflation As well as its own expert staff, the BIS brings together expertise from its member central banks, such as the US Federal Reserve[5], the European Central Bank[6], the Bank of England[7] and Reserve Bank of Australia[8]. So its views are worth paying attention to. Its report makes clear its experts, like most forecasters, have been surprised by the extent of the rise in inflation. This is a global phenomenon, which the report attributes to a combination of an unexpectedly strong economic rebound from the COVID-19 lockdowns, a sustained switch in demand from services to goods, and supply bottlenecks exacerbated by a shift from “just-in-time” to “just-in-case” inventory management. Then there is Russia’s invasion of Ukraine.

An apartment building damaged by Russian attacks on the northern Ukraine city of Chernihiv, June 27 2022. Kunihiko Miura/Yomiuri Shimbun/AP The war’s effect in driving up the price of oil, gas, food, fertilisers and other commodities has been “inherently stagflationary”: Since commodities are a key production input, an increase in their cost constrains output. At the same time, soaring commodity prices have boosted inflation everywhere, exacerbating a shift that was already well in train before the onset of the war. The only bright note is that BIS expects these price surges to be less disruptive than the oil supply shock of the 1970s. This is because the relative impact of the oil supply shock was greater due to economies in the 1970s being more energy-intensive. There is also much more focus now on containing inflation, with most central banks having a clearly stated inflation target (2% in Europe and the US, 2%-3% in Australia).

Traffic in Los Angeles, 1973. Economies were much more energy-intensive than now. Gene Daniels/Wikimedia Commons, CC BY[9][10] What are the biggest dangers? But the current situation is still very challenging, the report says, because increases in the price of food and energy are particularly conducive to spreading inflationary psychology. This is because food is bought frequently, so price changes are notable. The same goes for fuel prices, which are prominently displayed on large roadside signs. There is also the risk in many economies of a wage-price spiral – in which higher prices drive demands for higher wages, which employers then pass on in higher prices. Read more: Rising prices: why the global drive to keep food cheap is unsustainable[11] Central banks face what Reserve Bank of Australia governor Philip Lowe has called a “narrow path[12]”. To achieve a “soft landing” they need to raise interest rates enough to bring inflation down. But not enough to cause a recession (and thus stagflation). How to avoid a ‘hard landing’? The BIS report cites an analysis of monetary tightening cycles – defined as interest rate rises in at least three consecutive quarters – in 35 countries between 1985 and 2018. A soft landing was achieved in only about half the cases. A key factor in the hard landings was the extent of financial vulnerabilities, particularly debt. Economies with hard landings on average had double the growth in credit to GDP prior to the interest-rate rises. This factor contributes to BIS concerns now. As the report notes: Unlike in the past, stagflation today would occur alongside heightened financial vulnerabilities, including stretched asset prices and high debt levels, which could magnify any growth slowdown. Furthermore, the slowdown in China’s labour productivity is removing an important boost to global economic growth and restraint on global inflation. But a key lesson from the 1970s is that the long-term costs of doing nothing outweigh the short-term pain of bringing inflation under control. Read more: 5 things to know about the Fed's biggest interest rate increase since 1994 and how it will affect you[13] This means governments must curb handouts or tax cuts to help people with cost-of-living pressures. Expansionary fiscal policy will only make things worse. Assistance must be strictly targeted to those who most need it. There is also a need to rebuild monetary and fiscal buffers to cope with future shocks. This will require raising interest rates above inflation targets and returning government budgets (close) to surplus. References^ BIS (www.bis.org)^ annual economic report (www.bis.org)^ BIS (www.bis.org)^ CC BY (creativecommons.org)^ US Federal Reserve (www.federalreserve.gov)^ European Central Bank (www.ecb.europa.eu)^ Bank of England (www.bankofengland.co.uk)^ Reserve Bank of Australia (www.rba.gov.au)^ Gene Daniels/Wikimedia Commons (commons.wikimedia.org)^ CC BY (creativecommons.org)^ Rising prices: why the global drive to keep food cheap is unsustainable (theconversation.com)^ narrow path (www.rba.gov.au)^ 5 things to know about the Fed's biggest interest rate increase since 1994 and how it will affect you (theconversation.com)Authors: John Hawkins, Senior Lecturer, Canberra School of Politics, Economics and Society, University of Canberra